Do you offer any trial assessment?

What are the benefits of clinical study participation?

The history of the pupil assessment technology started back in the late 90’s with a Korean company (SUTTONG, STC) and Russian scientists who developed an iridology analysis system for hospitals named the Bexel Irina with a final cost over 10 million USD in development: 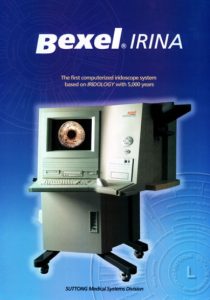 The Bexel was clinically tested and received Korean government clinical study approval which achieved a high degree of accuracy in clinical diagnosis. The development of the Bexel system was one of the first biometric algorithms designed for automatic detection of the human eye, pupil and collarette. The Bexel system was temporarily sold to Asian hospitals for 35,000 USD.

When the “The Asian Flu” economic crisis occurred in 1997, Suttong closed down their manufacturing plant and the Bexel Irina was no longer produced. Interestingly enough, a few scientists who had been developing for Suttong, emigrated to Russia and began developing a newer version of iridodiagnostic software using an updated algorithm from the original Bexel software. The Velchover research data was exclusively used for the main design and development of new iridodiagnostic software. This ‘iridodiagnostic’ software is still currently used by over 5000 Russian medical doctors. Currently there are English and Spanish versions available at www.iridology-software.com.

In the past 20 years, we have continued developing and upgrading the source code from Bexel and Russian iridodiagnostic programs to keep this technology alive and make improvements. We are very confident of the high accuracy capabilities in using this assessment tool and working toward future developments.