Pupil dimensions depend on the age, extent of eye illumination, emotional state, exogenous and endogenous intoxications, diseases of the central and peripheral nervous systems and many other factors.

It should be taken into consideration at examination that our organism is not perfectly symmetric: small differences in the dimensions of pupils are quite common. Almost one quarter of the human population have clinically significant anisocoria (up to 0.5 mm, that is, up to 4% of iris diameter). This phenomenon becomes more pronounced with the age: such anisocoria takes place in one fifth of people up to 17 years and in one third people older than 60 years.

The extent of anisocoria is not constant; it can change (increase or decrease) in time,. When this happens, the pupil size can be bigger either on one or the other side. 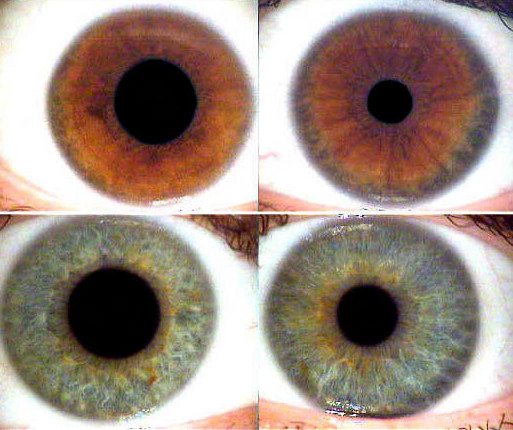 If the difference between pupil sizes is decreased in bright illumination, is not a manifestation of some disease and is not accompanied by the other symptoms, then, this difference is not a pathological symptom and is called “simple” anisocoria.

True anisocoria, in most cases, is a symptom of the injury of not only the central nervous system, but also of many internal organs. Anisocoria is observed in different diseases of the central nervous system (encephalitis, neurosyphilis, cerebral blood circulation disorders, brain tumors, basal arachnoiditis, cranio-cerebral traumas and multiple injuries in the cervical part of the spinal cord) as well as in internal diseases (injuries to the lung apex, calculous cholecystitis, urolithiasis and appendicitis).

In the case of visceral diseases, dilation of the pupil is associated with the reflector action on the boundary sympathetic trunk. Thereby, changes of the pupil are indicative of possible pathology of internal organs of the same side if there is no neural pathology. 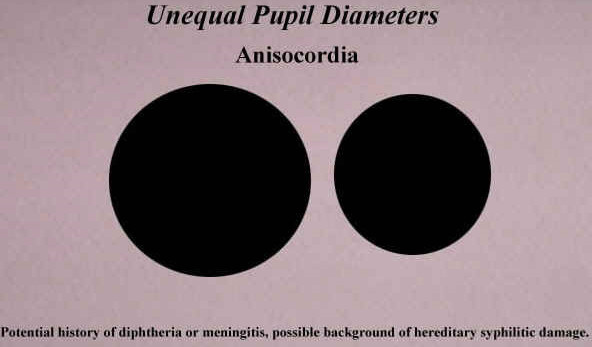